It’s the end of the world as we know it… 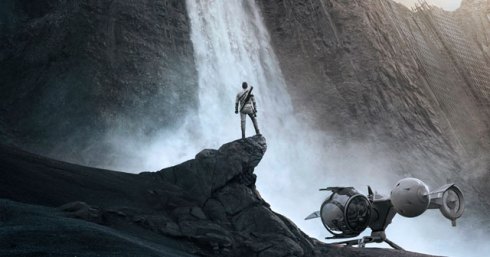 The Mayan prophecy about the end of the world has been no more than another joke. Some scientists from Cambridge think “that developments in human technology may soon pose new, extinction-level risks to our species as a whole”, so they have decided to create the Centre for the Study of Existential Risk. That’s a real project but it’s also a good name for a movie, but it doesn’t exist. Yet.

At the moment, cinema has taken advantage of the idea of the end of the world to fulfill screens with apocalyptic movies. Those are some of them coming soon and I want to watch them all.

Oblivion. Some decades after a huge war, humans return to study the planet Earth, now full of debris. A man (Tom Cruise), who loves a tiny survivor plant (like a Wall-e) discovers that not everything is what it looks.

After Earth. A 1.000 years after humans are extinct from Earth a man and his son crash against our planet. Now Earth has a new life and it doesn’t want humans to live here again.

Pacific Rim. A huge monster attacks San Francisco, but it is only the beggining of the end.

Nebulus. “After Earth’s destruction, an interplanetary expedition team exploring a desolate new world find themselves prey to a species of carnivorous humanoid creature”. Once again, by the way.

The Inclination: Zombie Invasion. An apocalyptic war starts between zombies and humans. A small group of people try to survive as the world falls into anarchy and mayhem. Who is to win? Surprise!