What kind of scientists travel in the Prometheus? 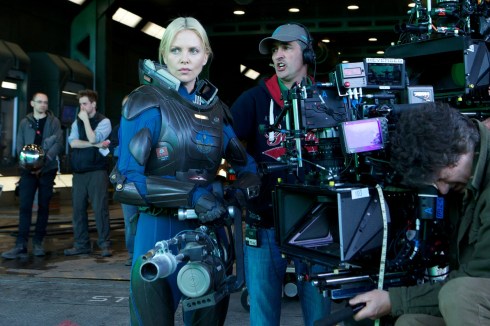 Aboard the Prometheus, the last spaceship (and movie) created by Ridley Scott, travel 17 passengers: the typical scary robot, a decrepit billionaire, the sexy boss, some soldiers and technicians and a bunch of scientists. What kind of scientists should go in a trip to the deeper space? I guess, the best ones, but after watching the movie we can only admit they are the worst ones.

Why is that? There are five main reasons.

First: The group decide to travel after finding some peculiar cave paintings made 35.000 years ago (younger than Altamira’s). In those paintings we see a constellation that can only be observed with modern optical instrumentation. In some of the paintings there are also giant men pointing to that constellation. What should any scientist with a bit of knowledge think about those cave paintings? That the constellation is just a coincidence, that men were usually painted bigger than the animals in those times, or maybe (if you got much imagination) that some visitors from outer space came to the Earth 35.000 years ago and taught us how to paint that constellation. What do the scientists of the Prometheus believe? That those visitors were our creators. Why? Only Ridley Scott and the writers of the script, John Spaihts and Damon Lindelof, know the reason.

Second: Once in the destination, the geologist of the group pay not attention at all to the peculiar stratigraphy of the planet.

Third: Even worse, the biologist doesn’t care a bit about a giant humanoid.

(By the way, both of them, the geologist and the biologist, are to be punished for their lack of curiosity.)

Fourth: When they get the DNA from a giant humanoid and compared it with the human DNA the scientists found it’s the same DNA. What’s their conclusion? That they are our creators. Anybody knows that if you find two beings with the same DNA, even if they are phisically diferent (think about a chihuahua and a mastiff, or an australian aborigen and someone from Norway), that simply means they are the same species. They could be very, very far relatives, or brothers, or even one of them could be the father and the other the son, but why the creators? It has no sense at all.

Fifth: The biologist thinks that the discovery of our “creators” has destroyed the darwinism and the idea of evolution, but that is completely simplistic, because those “creators” are only the ancestors of homo sapiens (with whom share the DNA). What happens with the other thousand of millions of beings that inhabit our planet Earth? For them, the evolution is still a fact.

So, who hired these ignorants to be in the Prometheus? I recomend to Ridley Scott that next time go to the MIT or the NASA or even to a high school to find personal for his spaceships. Any random candidate (even if you pick him up in the street) should be cleverer. Or maybe Scott should go to the Writers Guild of America to find better writers for the sequel of this prequel.